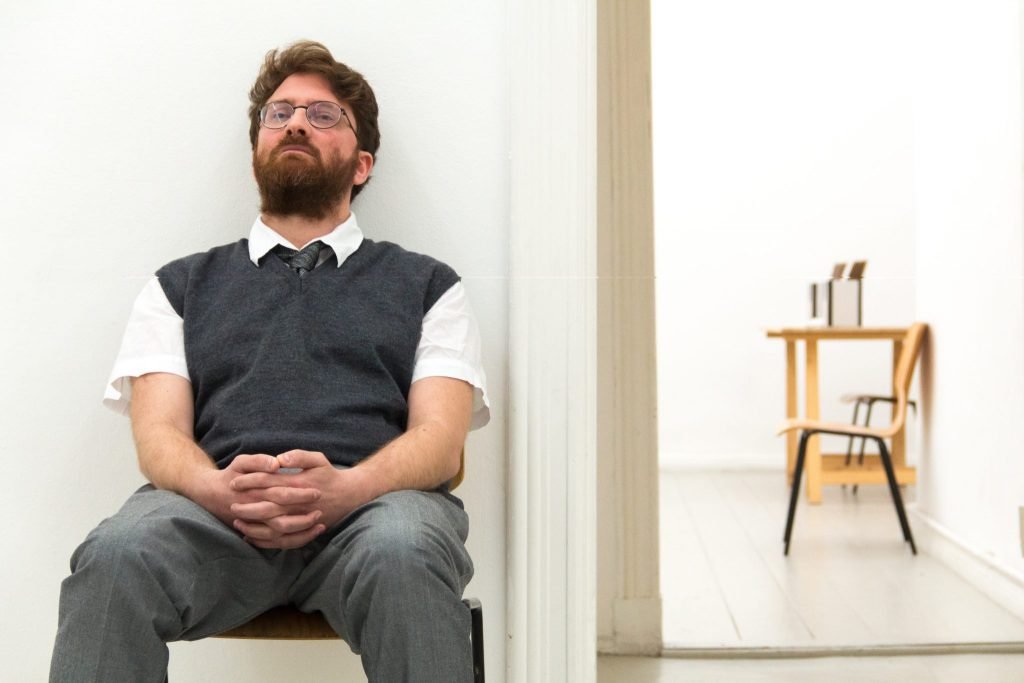 OPENING OF THE PERFORMANCE WITH ARTISTS TALK: September, Saturday the 27th, 19.00 (the entrance and participation is free for all the visitors, reservation is mandatory: https://iodeposito-ghostegolems.eventbrite.it). The performance will continue from 12.30 to 18.30 in the following days.

“The guard/archivist has a fixed daily routine. His schedule is rigid. Every morning he hangs his jacket on the wall, and then passes between the exhibits, making sure they are safe and intact. He then examines the map of the world, straightening any crooked and displaced item. Though he has seen it many times, he takes the time to stop and contemplate of the brown Dybbuk box, pondering of those who have held it in the past. Who were those people? The items tell their story, and he knows it by heart. At times different story comes up, unfolding as he walks around in between the objects. He usually keeps it to himself, with some rare exceptions. It is an intimate story, of people who ones were alive, but the reality is blurred, and from time to time, he wonders: is it the story of their lives, or his own? These moments usually happen when an unexpected visitor enters the room, starting to walk restlessly, studying the exhibits, rummaging through documents, pictures. He impatiently asks for more information, continually asking questions.

The guard/archivist does not lose his face, and answers in a cold, measured voice. He also often reproaches the spectator to be careful while going through the exhibits. No cell phones allowed. He is devoted to his work, but at the same time, he has a free eye to watch the random spectator, servile them. He wishes to share the knowledge, but can only reveal the full impact of history coming to life, after the spectator is gone.
In this project, Dan Allon (Israel, 1982) aims to reconstruct concepts of biography and family ethos, blending it into a fabricated archive of collective stories. The exhibition’s installation approach echoes an archive, and consist three parallel stories: Allon’s grandmother, Mazal, falls in love with the Spanish dictator Franco. Allon’s grandfather, Max, escapes the Nazis with the help of German sportswoman Ilse Thouret and, a story of a Dybbuk box – starting in the Holocaust, and ending in Australia. As in an archive, the visitors are welcome to browse through the “material,” but only under the supervision of the guard: Allon himself. These three stories put a light on the typical biographical tale we tell ourselves. Allon is not into facts but is very interested in an apparatus, which makes us hold a narrative from generation to generation”
(performance curated Revital Michali & B#S Gallery, photos by Adi Levi)
To discover the experience and background of the artist, please check his website: https://www.danallon.com 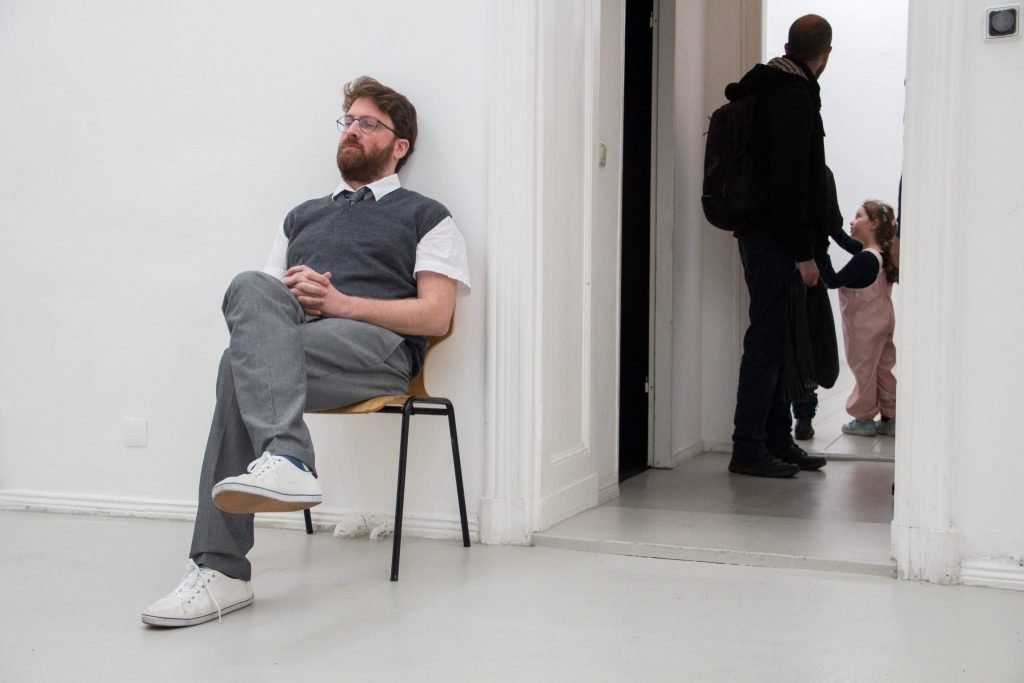 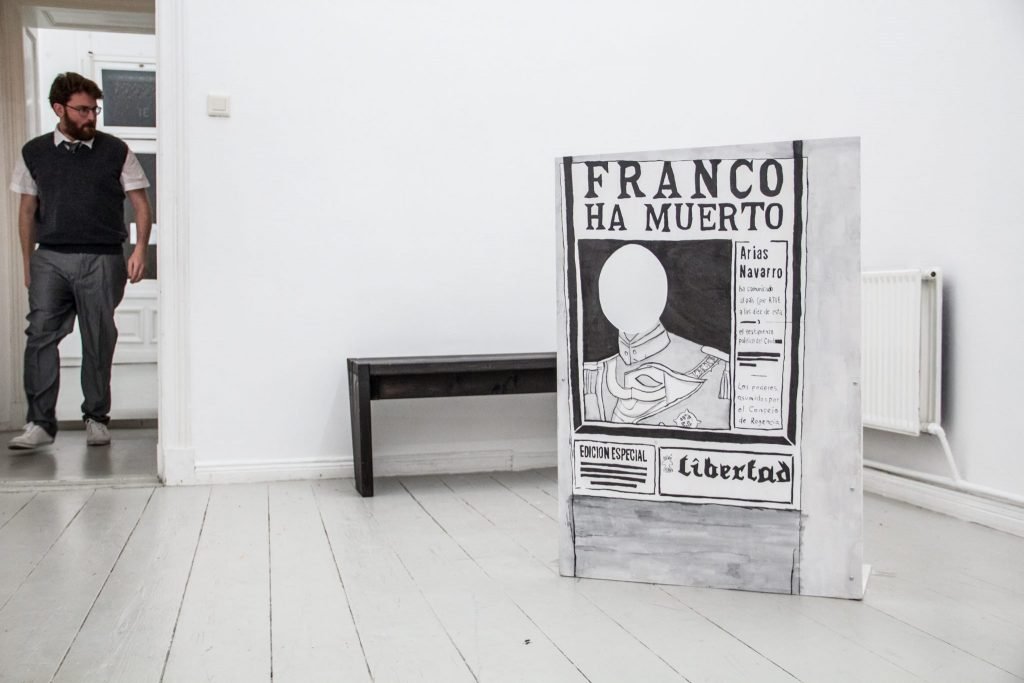 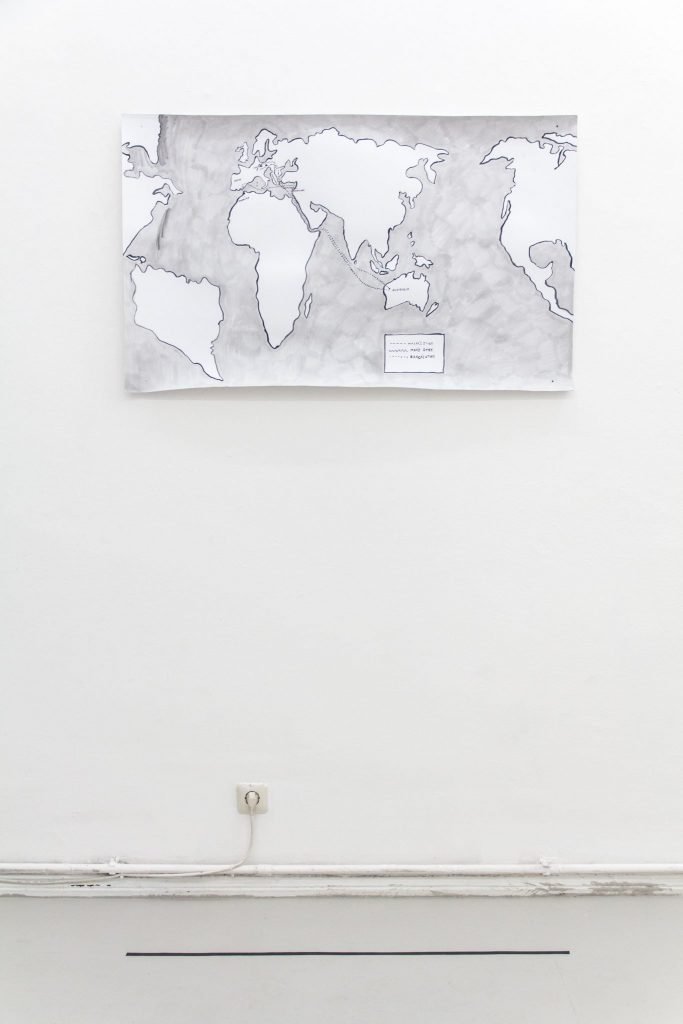 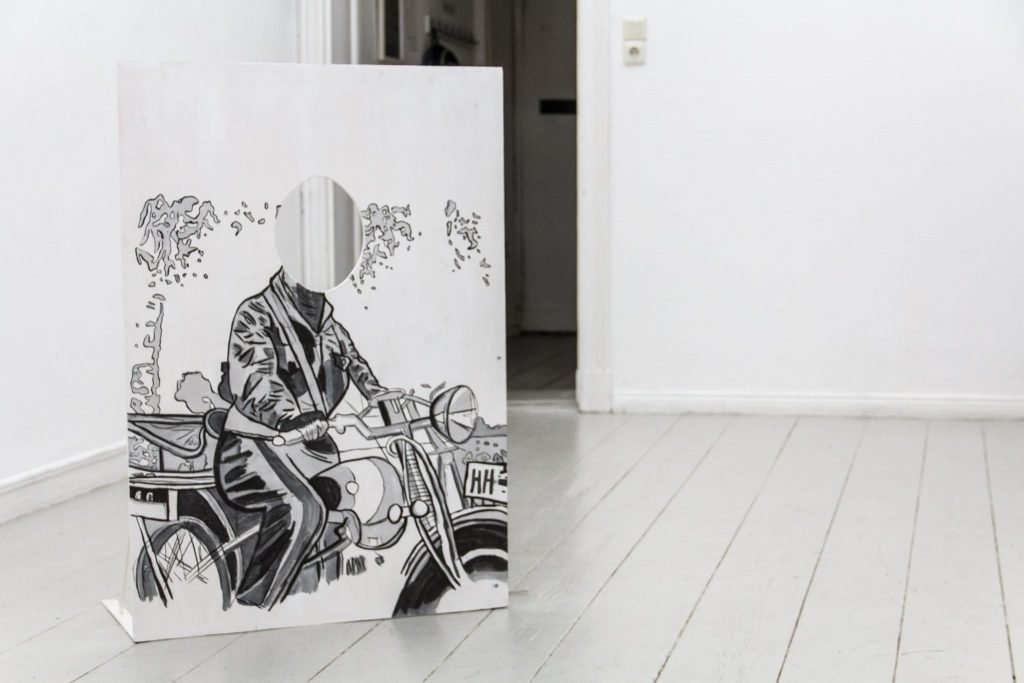 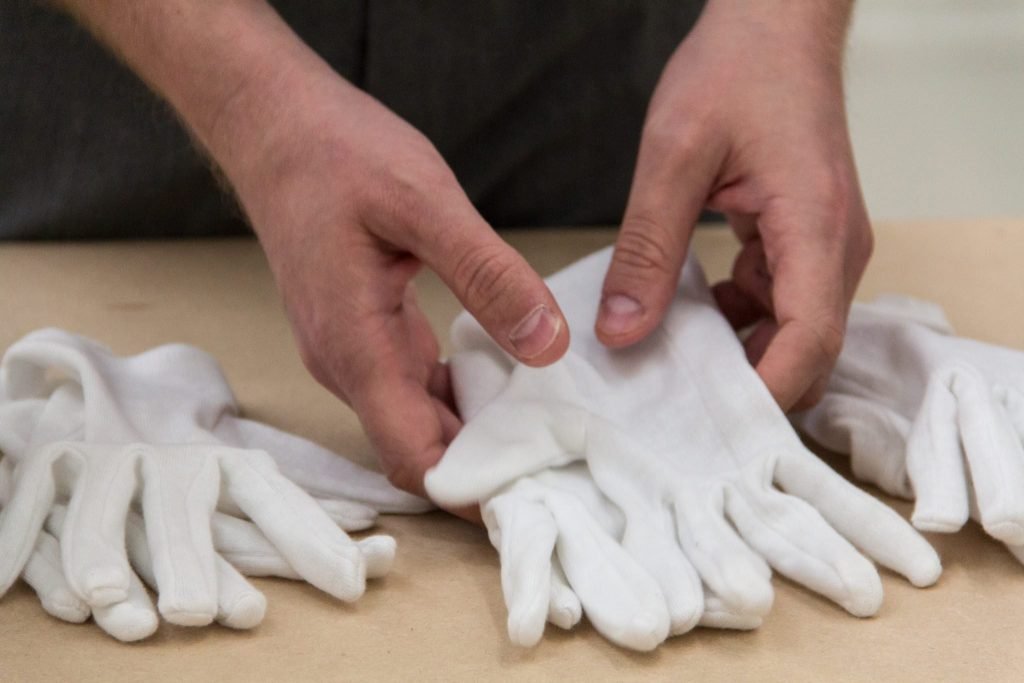 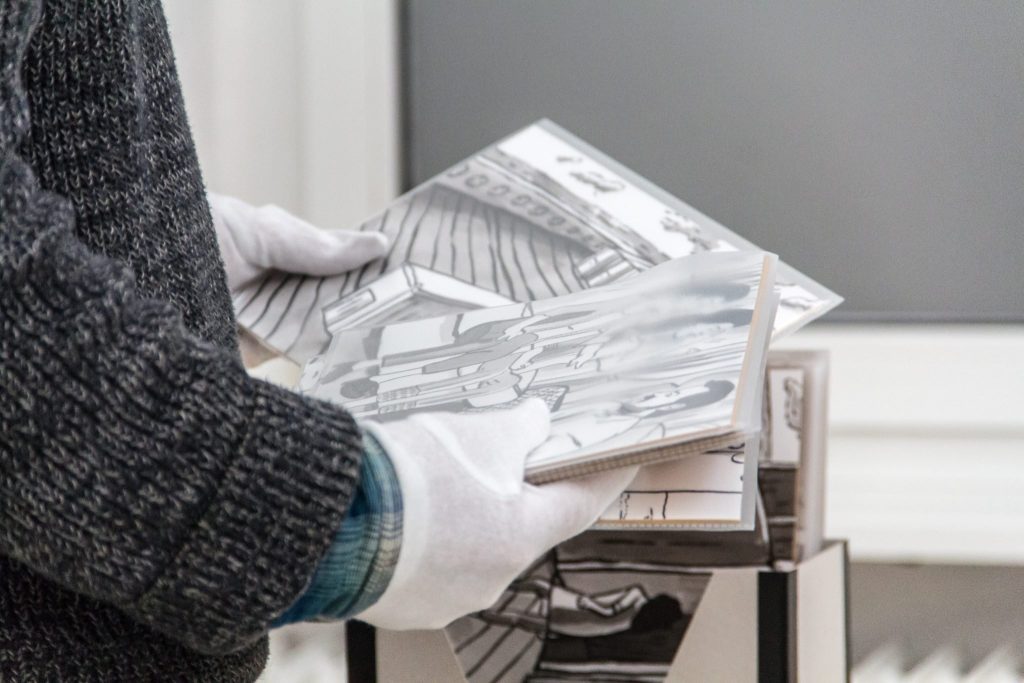 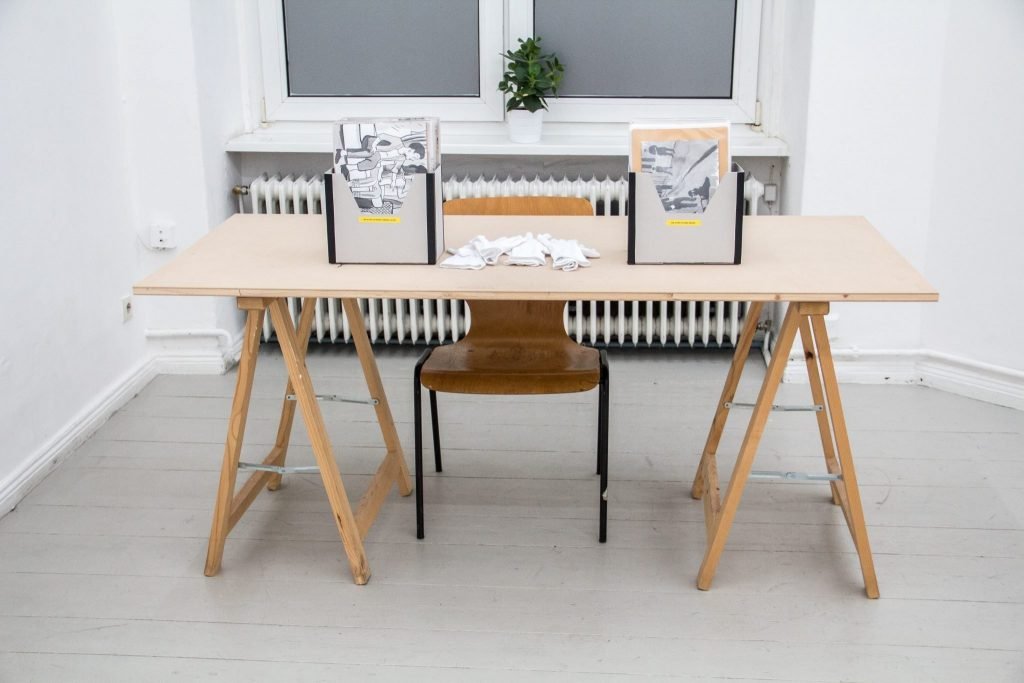 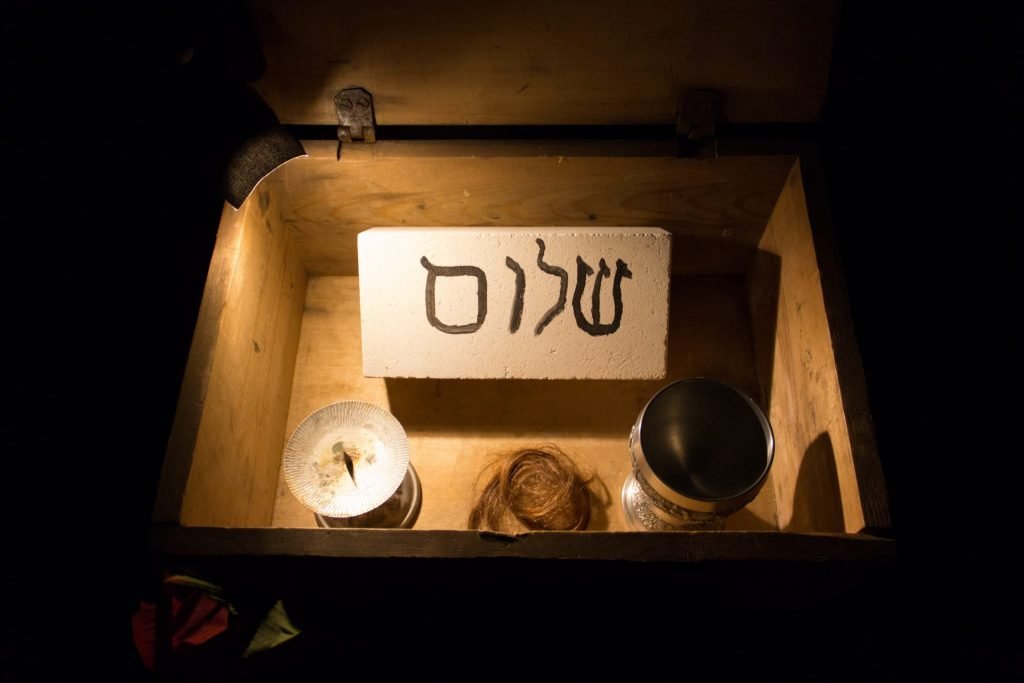 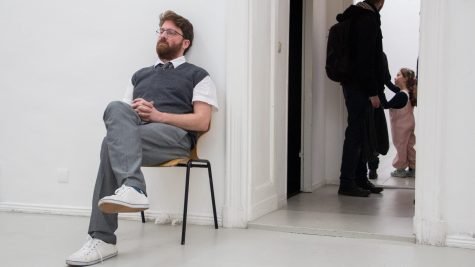 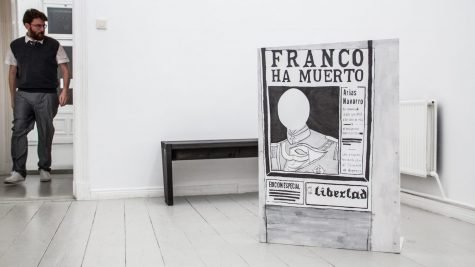 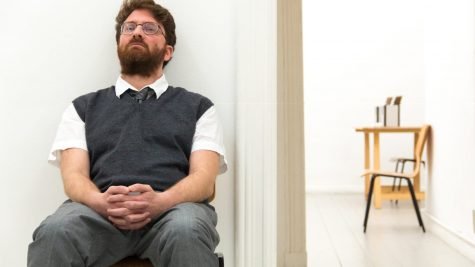 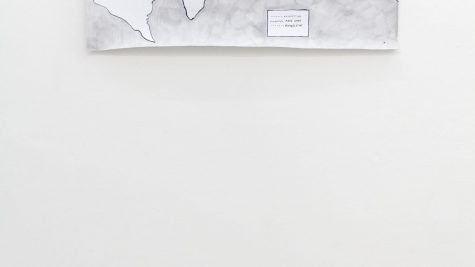 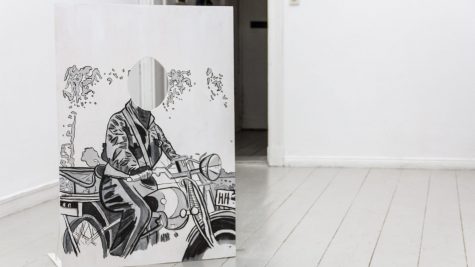 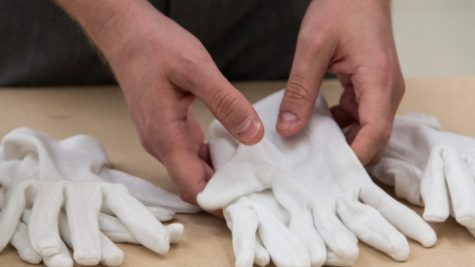 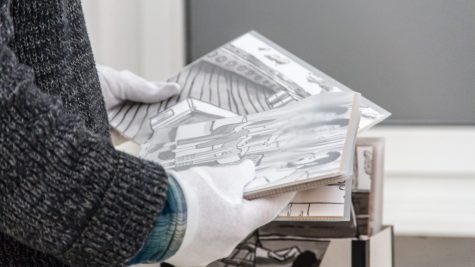 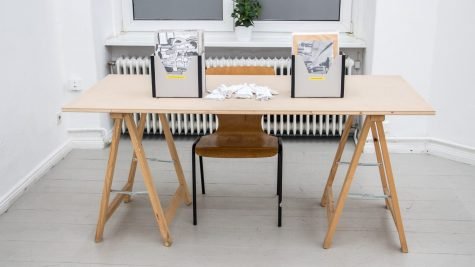 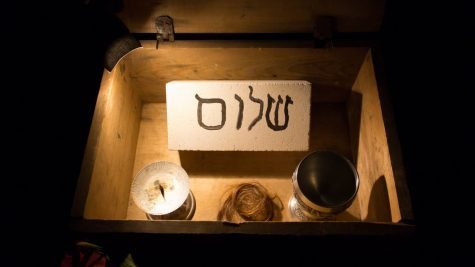