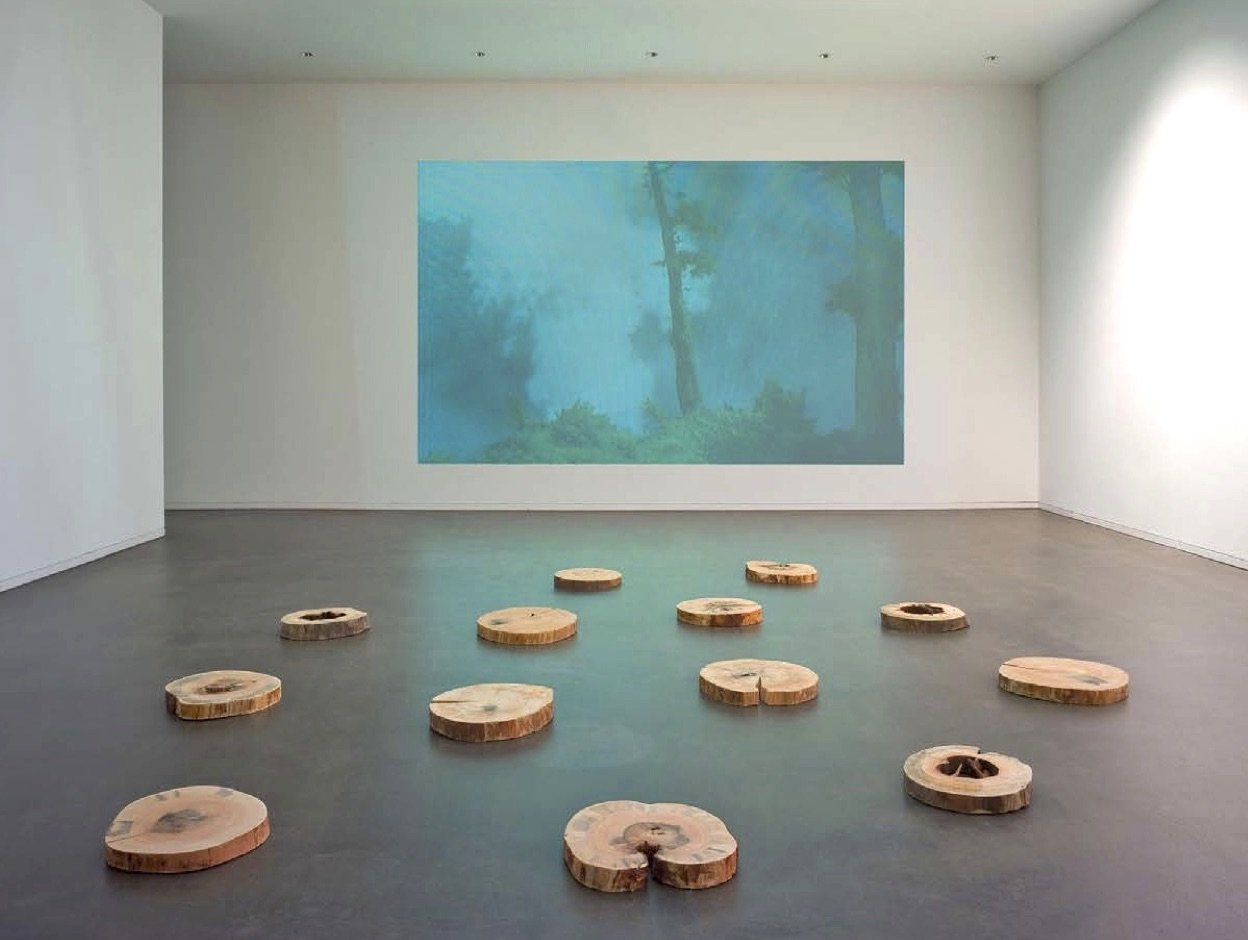 Vernissage: Saturday the 3rd of November at 18.00 (talk with the artists)

You can freely visit the exhibition from November the 4th to December the 2nd, on Tuesday, Saturday and Sunday, 10.30 am-6.30pm at B#Side Gallery, Vicolo Isola di Mezzo 3/5, 31100, Treviso.
Visited guides are available also in the other days, but only on reservation (information and reservation: info@iodeposito.org/+39 375 5532009)

Trees Remeber Too highlights the deep relationship that man has with nature, and how it becomes a privileged channel for the expression of memory.
iInternational artists, such as Niklaus Manuel Gudel, Laura Manfredi, Carola Minincleri Colussi, Stefano Zaratin, Ben Bird and Andrea Tessari, through their contemporary works have explored that primordial symbolic link that exists between the natural image of the concentric ring of the tree and human memory.

Like any form of life, even the tree grows and evolves, undergoes the passing of time; every spring the new white bark grows and envelops the old, darker, dried during the winter; a new year is marked and so cyclically until death. As the stone thrown into the water produces the image of the waves that propagate concentric, so the same pattern reproduces itself in the section of the trunk: an alternating series of imperfect closed lines that radiate from the same fulcrum. This archetypal image becomes a voice in order to express and describe a concept like memory. Artists, through their works, deeply linked to the natural world give a concrete form to their perception of memory.

The installation Trees Remember Too by Niklaus Manuel Gudel, from which the entire exhibition draws its title, expands throughout the room and immerses the visitor in a forest made of sections of trunks belonging to trees of the battlefields of the First and the Second World War: the trunks bear the mark of history, they are pervaded by the traces of war, but they survived, becoming custodians of a war memory, and at the same time, bearers of a message of strength and hope (despite the deep wounds , life energy has prevailed).
Memory and nature are linked in an archaic connection, which can be analyzed in its most intimate forms thanks to the lens of the contemporary artist.

Sottrazione Minima, the minimal installation by Stefano Zaratin, collects four elements, three of which are different sections of the same trunk, to which a ring has been subtracted: a piece of life of that organism has been canceled. The life sequence of the tree is modified: the fourth element is obtained through a deconstruction process, the sawdust of the subtracted rings makes up the cast of one of the previous trunk wheels: the rings are still visible, but are given from the set of formers. Zaratin establishes a parallel between the life of the vegetable and human life, the wooden ring becomes a symbol of time, a chronological piece made of memories.

Laura Manfredi, through some ready-made installations of the Fragile series, composed of a multiplicity of objects that contain in itself a sense of fragility and fragmentation, tries to reflect on the theme of repetition and memory and the deep link between them. The systematic reproduction of similar, but not equal, elements, always with a different detail, in her installations, refers to everyday life to that typically human mnemonic process that leads to the selection of some memories compared to others.
Manfredi tries to investigate this process of selection and association, apparently arbitrary, which is a link with the colletive past but individual too.

Windy time, the work by Carola Minincleri Colussi, consists only of three elements, an hourglass of broken golden sand whose glasses spread over a section of an old tree trunk, but contains within it an intimate and personal story, which deeply binds the artist with that “piece of wood”, a piece that was part of the only tree that survived the demolition of an entire row of poplars and Carola was able to save it; a vital link connected her to that tree.
The work is born from the oxymoric strength of the wind, in this case destructive and creative at the same time. A wind storm had hit Carola’s house and uprooted the old tree: she discovered that the wind broke an hourglass of golden sand.
A natural and instinctive gesture makes her pick up those transparent pieces and puts them on top of the section of the poplar, whic was uprooted and here is that the work is born, an unconscious genesis that brings with it a deep meaning that binds man and nature.

Ben Bird will present the photographic serie 25,000,000 3m, which is a study of man altered landscape created as a consequence of violence: Teufelsberg (Devil’s Mountain), located in South West Berlin and surrounded by forest, is one of the highest points of the capital. This hill is used by the city’s residents for various leisure activities such as hiking, skiing, and cycling . However, its natural surroundings belie its darker origins. A partly constructed military college designed by Albert Speer originally occupied the site. In the aftermath of the Second World War the rebuilding of devastated German cities took place.
25,000,000 3m studies not only the surface of Teufelsberg and its landscape, but also the layers of the destroyed city it is created from. Combining images of the hills topography and surrounding landscape whilst revealing what is buried under the surface, hidden by the trees.

The broken and reconstructed vases by Boris Beja bring us back to an iconographic dimension that evokes the one of the tree, in terms of shape and thickness, demonstrating how the concentric circle naturally evokes the passage of time through the material even in anthropomorphic artifacts.

In the gallery, the videos of the films that testify the creation of Memory Trees by Andrea Tessari, which was inspired by the ability of the trees to be bearers of the historical memory of a territory, whose trunk is able to imprison the internal gait of time preserving war residues, such as projectiles, cartridge cases and firearms. In Memory Trees, family memories and land memories come together in a work that artificially reproduces the natural conglomeration system: small objects set inside a natural resin and then grafted into the stems of the trees, become natural treasure chests of precious memories; family, personal and historical memories, intertwine proposing new reflections on the phenomenon of the First World War, investigating the legacies and heritage to the new generations.