THE BODY OF HUMAN MEMORIES 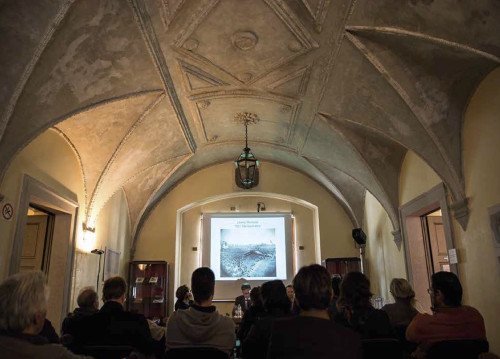 Human and artistic expressions at the time of the Great War were the subject of the conference, with the aim of investigating the body as a source of the memory of the First World War, through crossed perspective between literature, philosophy and aesthetic, history of art. Starting the analysis from artistic expressions, memoirs and diaries, the conference has been focused on the relationship that human beings had with the Great War, seeing the body at the same time as a ‘cognitive tool’, as ‘narration’s object’, and as ‘voice of the memory’.