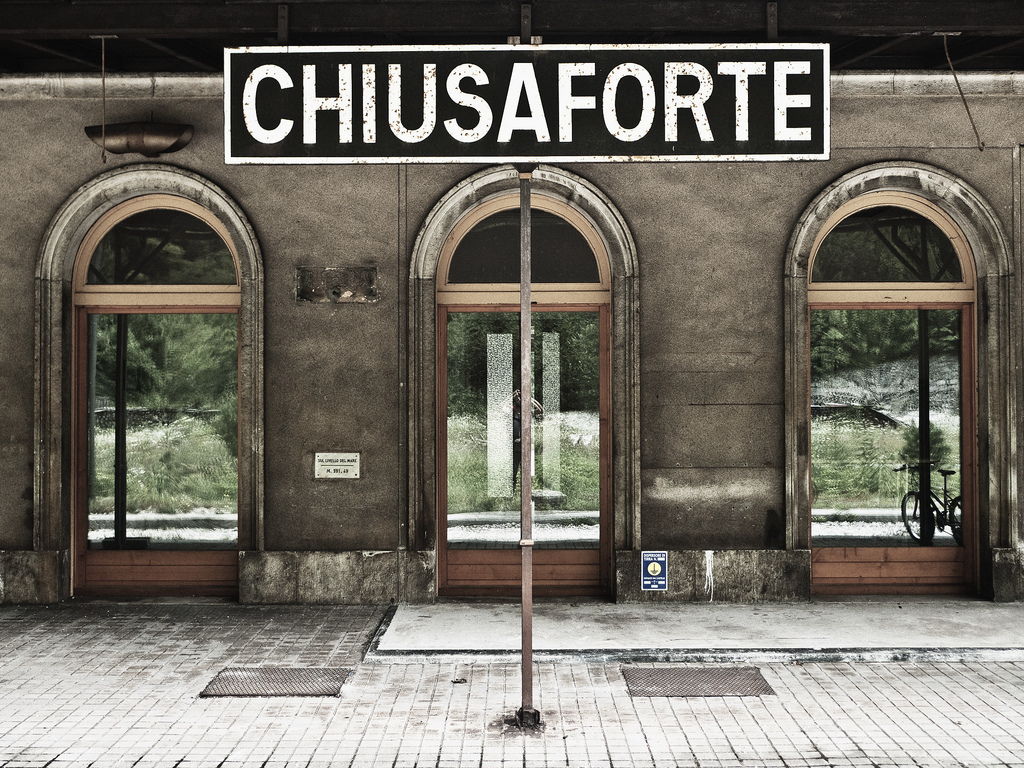 The installation arises from the need of inspecting the experience of captivity in a perceptive sense, triggering a reflection on the idea of the reclusion, invariable constant of all the conflicts.

In the border land of the extreme North East, in an appendix of the wild Julian Alps where Italy, Slovenia and Austria coincide, melting cultures, traditions and a historical past made of forced migrations and of garrison, the natural barieer of the Predil laked divided the factions and forced to a cold mountain exile soldiers and civilians depleted from winter’s austerity and from food supplies.

From the grim mountain on which rises up the fortress, a desertic panorama and the crystalline riverbed is opened (surveilled by that guardians that at the same time were prisoners of the fortress), in a sensation of ambivalence and poly-vocality of history, translated into Joshua Cesa’s installation with numerous screens showing prisoners who from the inside try to free themselves, reawakening a precious collective historical memory.

In collaboration with the Municipality of Chiusaforte