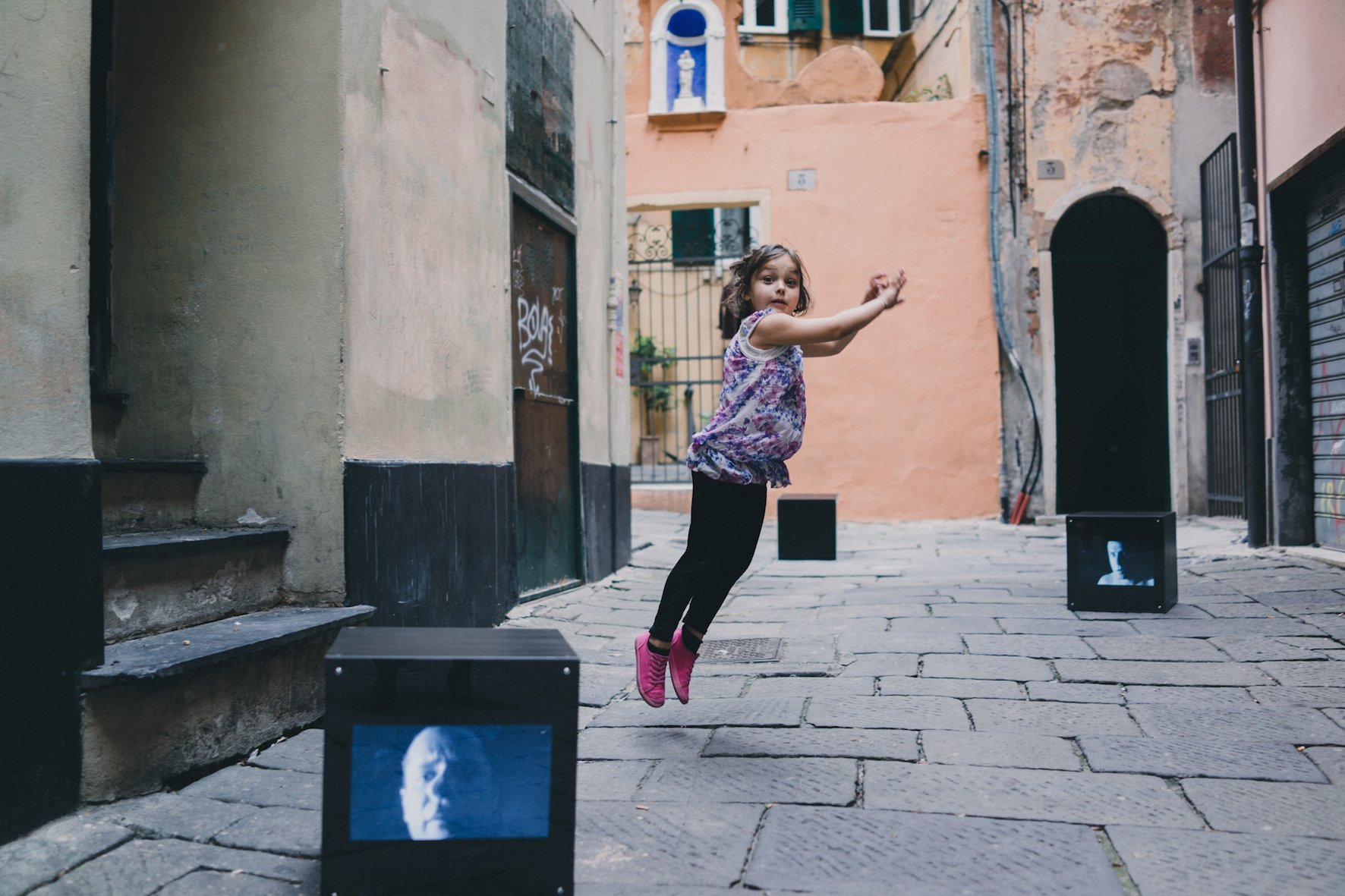 During the days of June the 10th & 11th, 2017 / The installation Prisoners is accessible @ the park of the ex Manicomio Santa Maria della Pietà, Rome – Italy

The installation Prisoners is born from the need to investigate the experience of captivity in a perceptive sense. Starting from the historical experience of the Great War, the artwork triggers a reflection on the idea of imprisonment, a constant and invariable implication in all the conflicts, impacting on the way in which we perceive the world.

Installed in the park of the ex psychiatric hospital, the cubic structures open themselves to dynamism, showing the image of many people trapped inside them, that, desperate, seek freedom.

The random meeting with the artwork leads the passers-by to reflect on the encounter/clash paradox between their freedom and the exasperated condition of the prisoner, which is outside any time and any place (awakening a valuable, albeit uncomfortable, historical memory). A metaphor for all the imprisonments, not only those due to overt wars, but also the ones due to concealed conflicts.

Two languages underlie in the same work: fixity and perfection of the geometrical figure, combined with faulty and desperate gestures of those that try to achieve freedom. The artist Joshua Cesa describes a prison without expectations, reexaminating the relationship between prisoners and prison guards. Cubes are containers and contents, they are both cells and prisoners, each of them with a personal story. Walking through the Santa Maria della Pietà park, just for a few days, will be possible to face with these stories: the artwork is in dialogue with the history of the location, and immersed in nature, symbol of hope and freedom from any prison.

The installation appears to the unaware visitor in an unexpected way, provoking a primordial insight, evoking a strong and desperate recalls to human beings: our natural state is freedom.

In collaboration with Ex Lavanderia