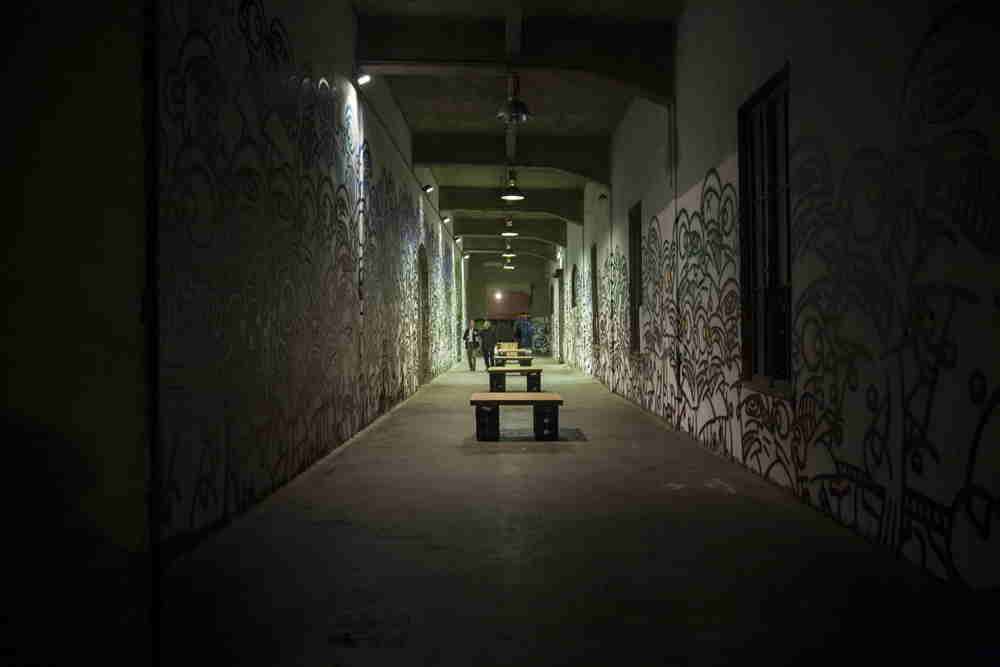 Landing in Rome the installation pierces the urban, historical and cultural fabric, stratified and complex. In this city, for which populations and civilities have fought through the millenniums, the installation Prisoners will take place throughout a path starting from the historical down-town, to then drift away interacting with more peripheral spaces, that bring their coercion symbols (ex psychiatric hospitals, asylums, ex industrial stations, communities that became refugee camps for the immigrants and the asylum seekers) in which the artwork is filled strengthening its message of reflection on captivity as a troublesome legacy of the global conflicts. Involving senses and soul, through sound and gaze, the spirit arises the genetic legacy of the historical and actual captivity, that everyone carries, often unconsciously.

In collaboration with the association Ex Dogana