PEACESTOOL (Sit Down and Deal with War Inside of You) 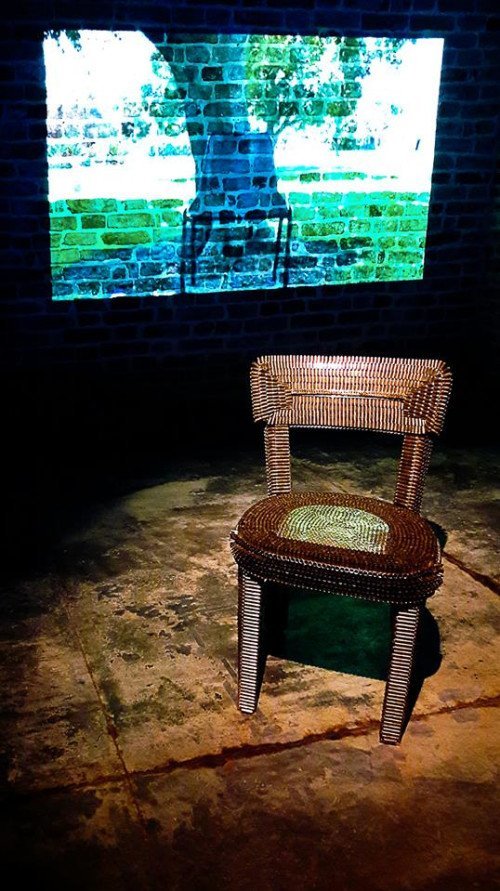 Sensorial installation by Ana Mrovlje. In the installation Peacestool (Sit Down and Deal with War Inside of You), Ana Mrovlje, artist and psychoanalyst, investigates about something that is still part of our collective memory, lying in the subconscious and in everyone’s inheritance: the heritage of war.

A chair shaped with 3000 bullet shells from the World Wars coming from different territories, appears as a witness of conflicts that with their echo nowadays are able in influencing other wars (as the Balkan conflict, of which the artist was a witness).
The chair evokes also the path of introspective investigation that the artist pursued, sitting in the studio of her analyst every week, questioning herself about war from a chair. Putting the visitor in the centre of the artistic action, he becomes the protagonist of a war that takes place intimately in his/her mind and that becomes collective again in virtue of its “silent presence” in each of us.