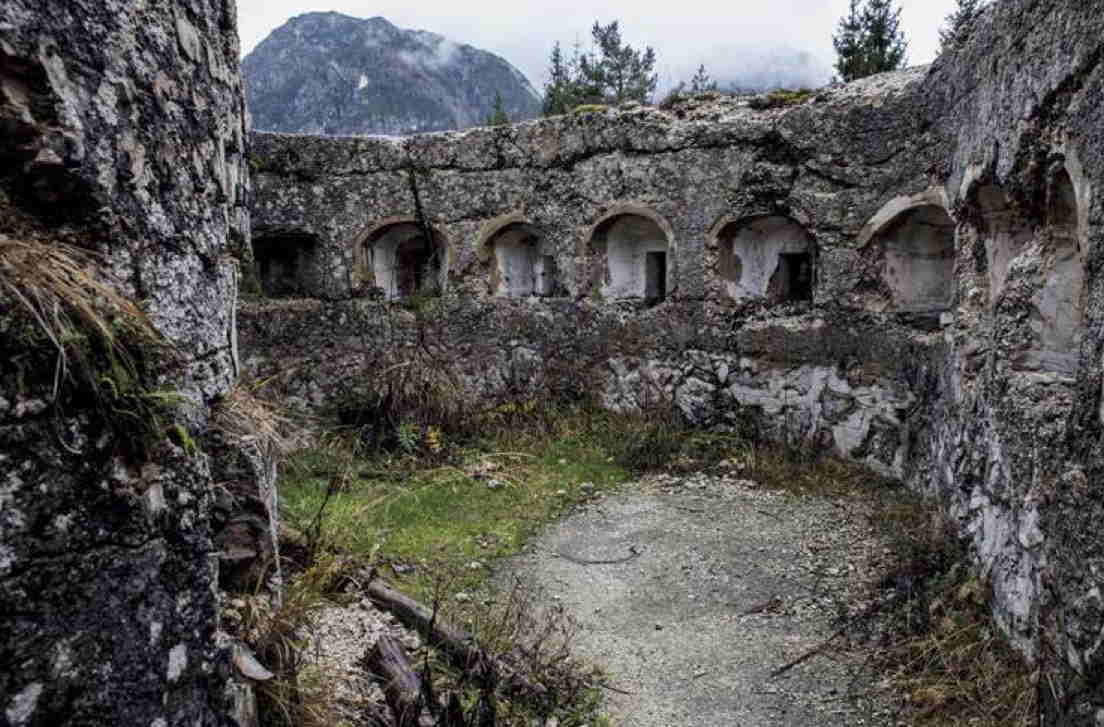 In the boundary land at the extreme Nord-East, in an attachment of the wild Alpi Giulie where Italy, Slovenia and Austria adjust merging cultures, traditions and an historic past made by forced migrations and garrisons, the natural barrier of Predil lake used to divide the factions and forced solders and civilians to a cold alpine exile. Inside the strategic fortress built upon this lake, captured in such a beautiful landscape and surrounded by high peaks, one hundred years later the sign of alert of the Panopticon, which seems to combine all the alert signals coming from the animal world, arise and bounce on the side of the mountains that tie the lake in a chain.