From The Front presented @ the National WW1 Museum & Research Center 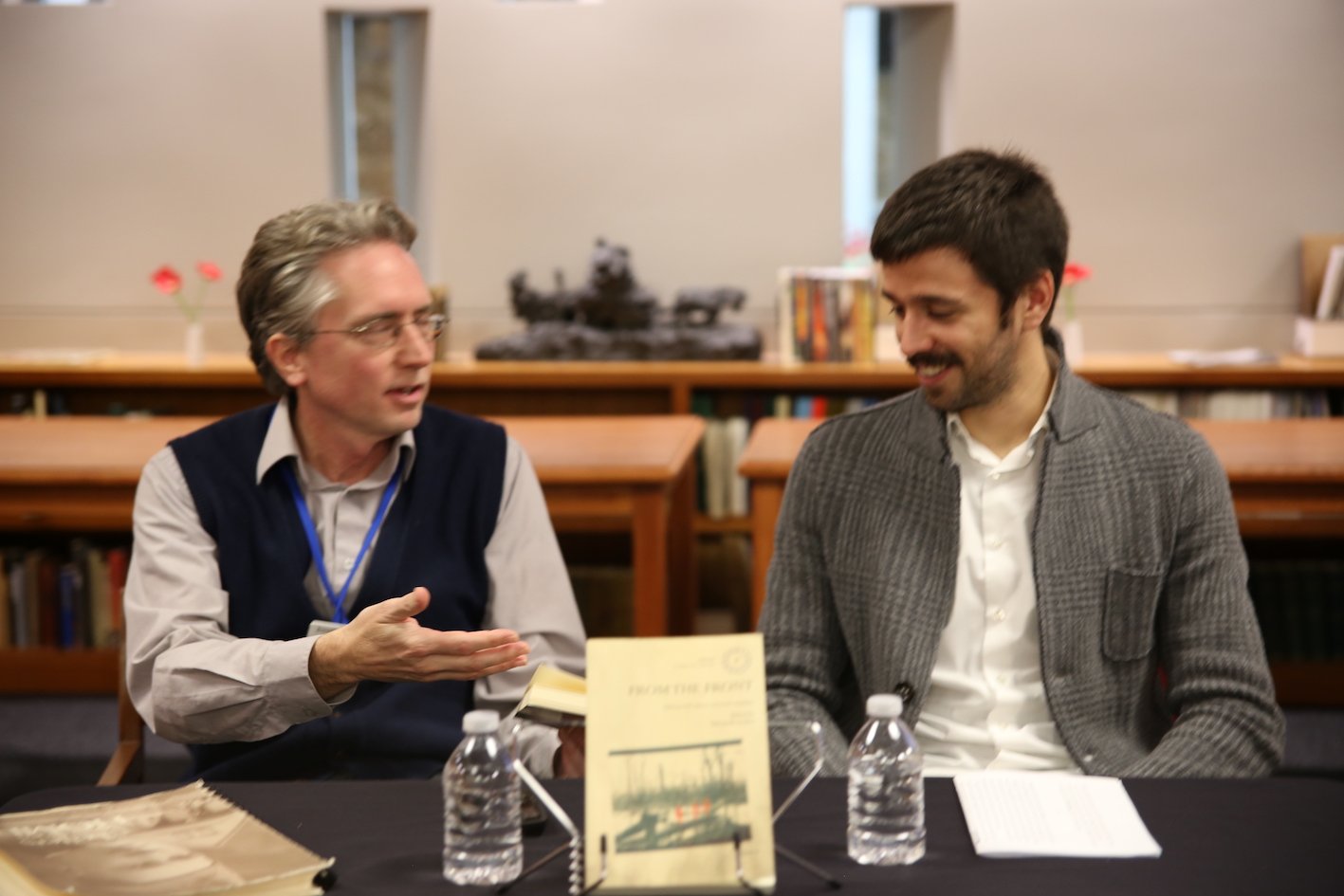 We are happy to announce the presentation of the volume From The Front at the National World War 1 Museum and Memorial (Kansas City, USA), December the 3rd, 2017

In December, the B#SIDE debate scenery moves to America: Kansas City, the city where Ernest Hemingway lived and wrote some of his most famous works, our book From the Front will be presented at the National World War I Museum and Memorial during an event organized by the Edward Jones Research Center, under the direction of Jonathan Casey, research events and archives director.

From The Front-Zibaldone della Grande Guerra is an essays and excerpts collection born with the purpose of investigating the reality experienced by all people who actively fought during the First World War. The decision to put together the testimonies of soldiers of different nationalities (among them: Italy, Hungary, England, Canada, Belgium, Australia, Catalonia, Turkey), has the aim of giving the reader a polycentric perspective about the war events, moreover, it becomes an important occasion for meditation.
The reality of war was an universal experience made of deep disillusionment and sometimes strong compassion for themselves and for all the people sharing the same battle difficulties, even if from the enemy side. Disillusionment of ideals, illusions, irony towards official propaganda, perception and the role of the body are just some of the many issues discussed in this volume, a work that highlighs the deep and authentic feelings reported on the paper.
Therefore, diaries and letters become important symbols of humanity, deposals of a reality which stongly opposes the stereotypical and celebratory vision of war proposed by strategists and officers: in provate testimonies the perception of the individuals as human beings can survive.