FALL & WINTER IN THE ART ATELIER 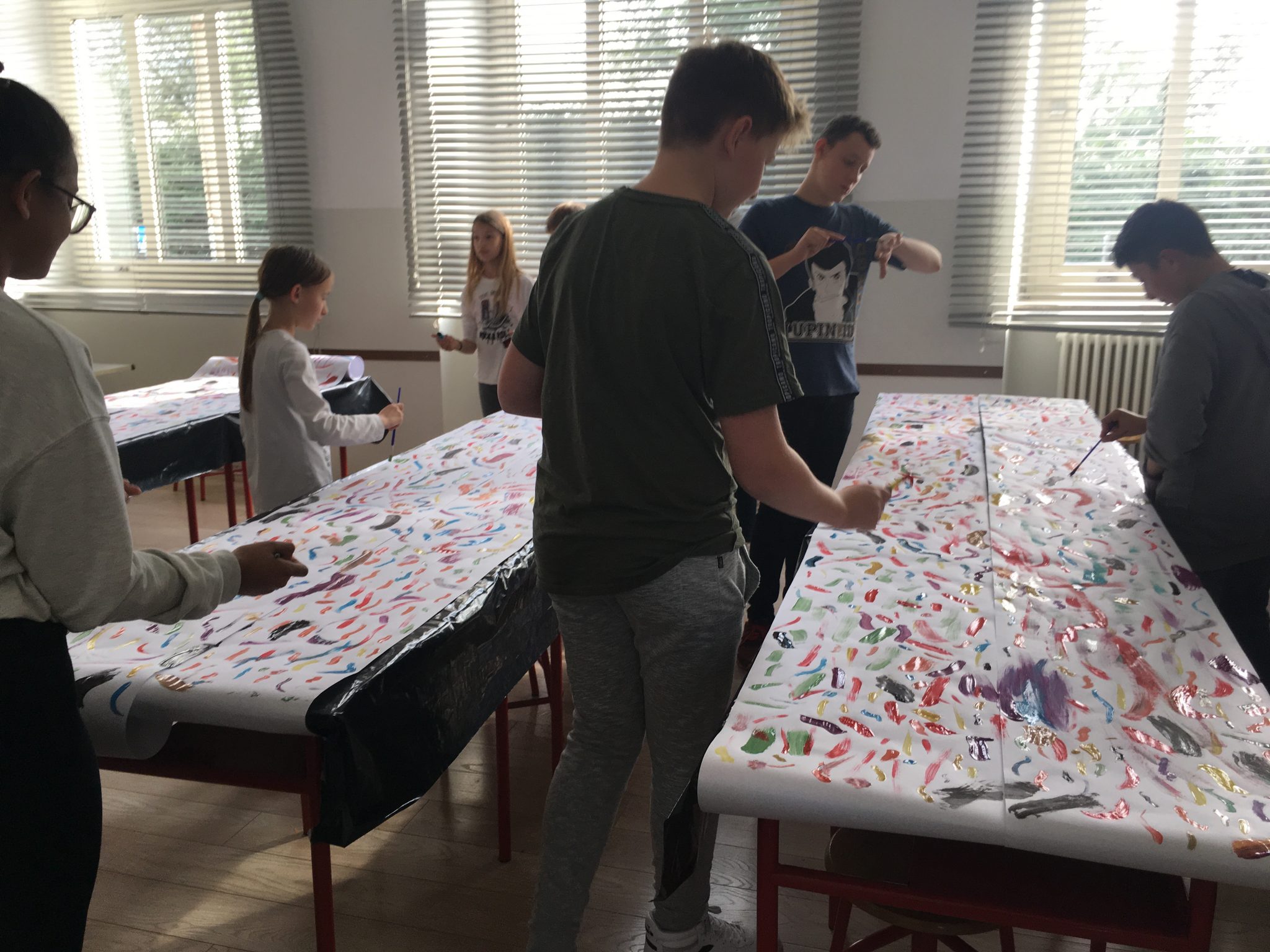 The creative ateliers are a poly-functional, osmotic space with the school, in which different activities occur. The idea of ​​the Creative Atelier within schools is due to the need to create an informal space – from the mobile border – dedicated to children’s well-being, co-managed with them, and ready to welcome their families too. The Creative Workshops thus become a well-defined space of contact between the school and the outside world, and the school infrastructure becomes a resource that can develop art and culture to a new level.

The Gradisca d’Isonzo Atelier is a place of creative stimulation, which bases its power on the ability to give life to projects with an aesthetic impact, made by the boys and able to help them in the construction of the Self, which is so difficult – like a construction site open – in the pre-adolescent period. The Creative Atelier is a “comfort zone” in which it is possible to express different instances from those that are decoded at school, while remaining within the school. The atelier within the school is a space that already alone encodes the possibility of alternative learning within the institute, based on creativity and intuition, and on the power of aesthetic stimulation, which is structuring for the human mind.

The methodology of the Comfort Zone project is based on the possibility, inscribed in the history of the territory, to work on the geographical, family, individual and collective identity, and on the well-being of young people and their families through the media of contemporary arts, placing designed expressions in the Ateliers directly on the soil of the cities involved (realizing exhibitions and installations of land art, urban art, relational and interactive art, sensory art).

The artistic elaborations of the youngsters are therefore thought from the beginning for the planning and systemization in those public spaces of the territory chosen by the participants because they are considered dear, safe, connected to their own feelings.

In the city, a theater of well-being or malaise for the pre-adolescent gods who live there, the experience of the common space becomes capable of conferring aesthetic-perceptive stimuli through its historical, linguistic and landscape identity. The project aims to stimulate youthful protagonism in the civic and social life involved, through the possibility of giving ‘a new look’ to the territory in which we live, discovering that we are able to shape spaces pro-actively.