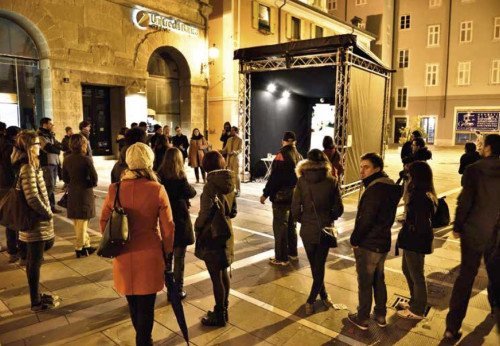 Citizen-Gate is a contemporary (interactive and relational) art installation realized by Joshua Cesa, that has connected the cities of Trieste and Piran creating a real ‘space-time gate’ through which people could communicate with each other, experiencing the border from a new perspective. The cities of Trieste and Piran were chosen because they were symbol of the ethnic confusion caused by the displacement of the border between Italy and the Austrian-Hungarian Empire during the first world war. Two cities that once were linked as parts of the same empire, today belong to different nations: Italy and Slovenia).