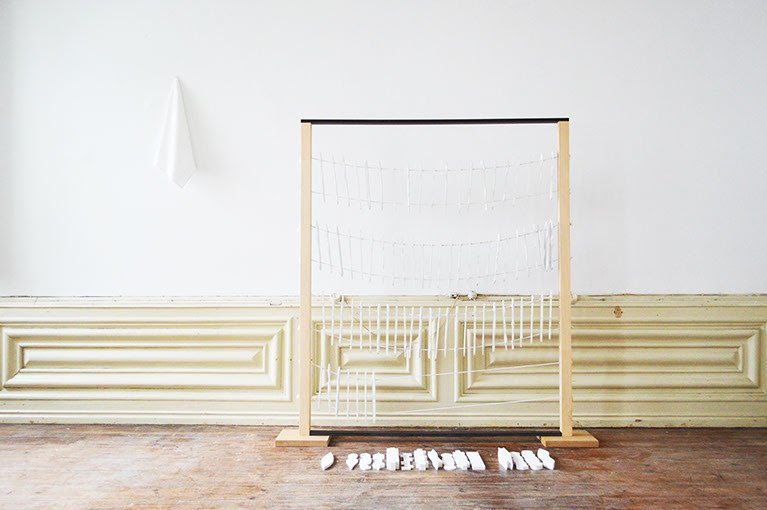 A project that aims to de-construct, rework and re-build in a collective key, and represent – through the physical body and the body of a work of art – the memory of the territories of the extreme north-eastern border (the Julian Alps and the Karst, the Udine foothills and the Isonzo), elaborating the theme of absence and industrial divestment, while enhancing, through contemporary art practices, the industrial realities still present and active in the main sectors that have always characterized the region: the extraction and processing of metal, maritime industry, textiles and wood.

In the short century, the territories that surround our peninsula on the east were the target of a real national colonialism: the growth of economies for the purposes of warfare and defence, linked above all to the extraction of metals, started a process of militarization and of industrialization aimed at exploiting the territory (highlands, starting at the hilly walls, up to the sea outlet) and the industrious people of the border – compared, by numerous writers, to bees: modest and silent, tireless and discreet. These economies then proved to be “transitional”: they only exploited resources pro tempore, shifting their range of action elsewhere, as historical conditions change. With the collapse of the Berlin Wall and, later, with the end of the war in the Balkans, the context of the Karst-Julian border lost strategic value: an unstoppable divestment process started, aimed at war demobilization and de-industrialization of the area, which has profoundly affected both the lives of nature and man.

The engines of this economic machine to this day remain unused: the buildings and the industrial archaeologies, as well as the military structures (barracks and fortresses), stand out in the desolated area, too many of them and too imposing to envision a complete redevelopment with only the forces of the small municipalities affected by the phenomenon.The demobilization of the military production equipment and the consequent de-industrialization have initiated an drainig process that has left behind only the remains of a colonial enterprise as aggressive as it is transitory.

Through art residences and participatory ethnographic investigations, exhibitions and public conversations, the project uses the tools of contemporary visual art to retrace the industrial history of the Friulian-Julian limes, from the past to today’s excellences: from the experience of a population whose craftsmanshipis renowned for an art that ennobles and synthesizes, not to forget, the historical path of the last half century, between forced regimentation in the structures of the mass industry and persistence of typical legacies. The project uses contemporary art practices to involve the population in a collective revision on the macro-topic of the Made in FVG industry and its shaping:the industry that has developed in the region has the intrinsic characteristic of using the skills of the inhabitants, so as to be able, in a good way, to approach the concept of craftsmanship (ars, art. Let’s not forget that skilled craftsmen have been the backbone of the region, historically appreciated abroad, also during the massive migration to Switzerland after World War II: the miners and unskilled workers left from all over Italy, and especially from Veneto, to the Benelux quarries; while the craftsmen and skilled workers of Friuli Venezia Giulia were instead chosen supervise and design at the Swiss electronic factories).

In each of the regional territories identified by the project, two artists will be called to investigate the imaginaries of the industry by involving the local population, in order to create, through the collection of historical memories related to the productive realities of the area, a work of art that incorporates and represents this productive identity, in which participate both citizenship and businesses tenaciously linked to the territory.

The project is based on the involvement of users in different stages of the process: from the collection of memories in places of industrial archaeology, to the interaction of companies in the context of the actual artistic action. This will evoke in the forms, materials, movements, in their replication and in their relationship with the artist’s body, the productive experience of the realities and communities involved.

A project financed by the Friuli Venezia Giulia region

(in the picture: artwork by di Ines Cohelo Da Silva, artist selected for the residencies)