ALL IN ORDER, MR. GENERAL 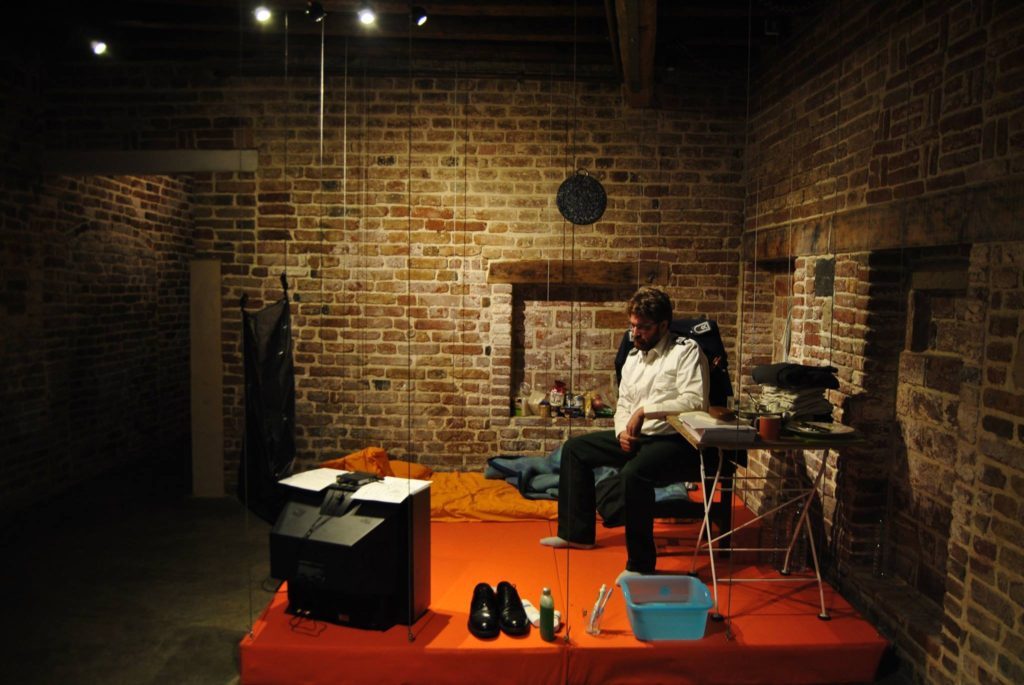 A 7 days performance by Dan Allon. In the performance All in Order Mr. General Dan Allon ponders upon the topic of repression, which is one of the principal instruments in the struggle for power.
During the 7-day performance, the artist will step into the shoes of a dictator in captivity, imprisoned in a uneasy place, under everyone’s eyes (being at the same time victim and executioner), creating a reverberation about some archetypal figures and reelaborating the intense experience he lived as jailer in Kzioth (Israeli-Palestinian conflict).

Being aware of the relationship between the most powerful and the weakest in societies in war, the artist sheds a light on the complex relation between the military and civil world that are divided, so in wars of yesterday as today, by a very thin line. The performance concerns the complexity and the ambivalence of history, creating relationships and tensions with the visitor, starting from the assimetric relation that binds the visitor to the prisoner.