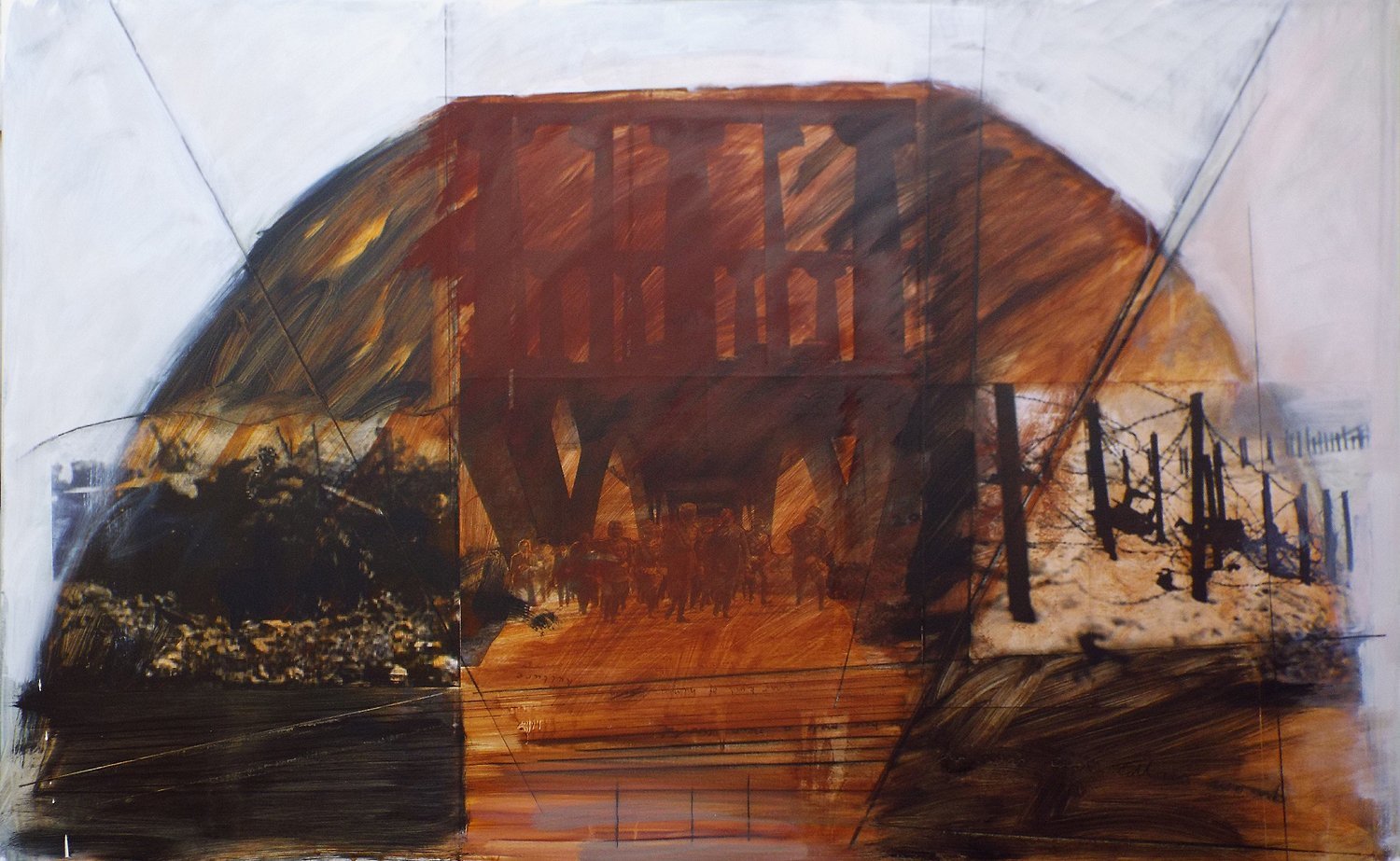 Pete Treglown (born in Buckinghamshire in 1963) is a visual artist who works as independent and as part of Alt-p print group.

He uses a variety of mediums, often combining them, in order to create overlayed collages from processed images and marks that brings to unimagined and valuable results which will then be further developed in his paintings. His practice is connected with the critique of popular visual culture and of the media and  – as the artist said: “There is an over saturation of imagery, consensual and non consensual via media networks and advertising, I consider my art works to be a kind of mirror of this, offering an alternative emphasis”.

He graduated at Bournemouth and Poole College of Art and Design and Bath Academy of Art.

He worked as assistant to Pierre Vivant at Tout Quarries sculpture park, in Portland Dorset, for both of the summer events in the early 1980’s and also at Bracknell Arts Centre Performance Art Festival at same time.

He participated to several group exhibitions in occasion of the B#Side War Festival Vol II (2015-2016 edition): Sine Linea at Casa Tartini, Piran, Slovenia, (2016), Sine Linea, re-enactment at Palazzo Manzioli, in Izola, Slovenia, (2016) and Kinds of Monuments at the Cultural Flow Zone of Venice (2016).

My practice is a critique of reality as defined by social control mechanisms, architecture, popular visual culture and ‘the media’. The method I use is that of assemblage. Found and appropriated images and materials are re-contextualized so as to suggest new narratives and connexions. I aim to create a dialogue between objects and images using painting, print making, sculpture and installation, often combining all these elements together.
Manifesto Number Two:

Smears of paint on a glass pallet add zinc white add brilliant yellow add lemon yellow add turpentine add linseed oil thin further with more turpentine combine with large pallet knife load paintbrush place colour tone on empty white canvas over dry paint over wet paint over pencil lines over charcoal lines over scraped away paint over lay place first mark add second third fourth fifth sixth infinite mark ? do i accept this placing of tone line form set of relationships of each placed mark tone line colour until made no acceptance can be decided upon the painting is what it is when it is it a final state achieved by non-conscious means mark follows mark follows relationship of form to form to tone to colour to mark making a particular dynamic within the picture plane that affects how the eyes perceive the given information and travel across the picture plane the bounded area of activity contained within the frame sliding away from the frame differing areas of activity contained in closed areas un-contained in open spaces a narrative of connections you the viewer the observer the audience decide and perceive what only you perceive.