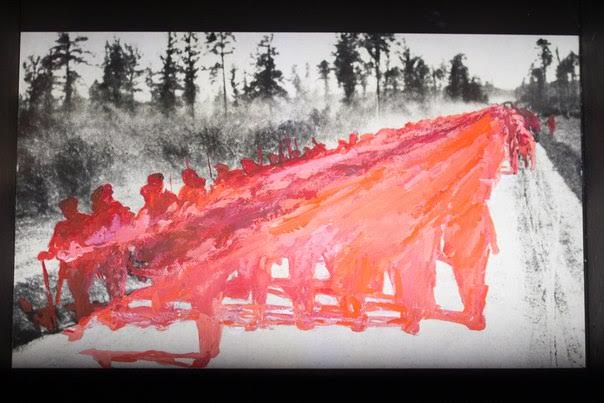 Natalia Tikhonova (born in Gorky, Russia in 1986) comes from a family of scientists, and because of that, she received her first education in the field of theoretical physics. For some time she worked as a Telecommunication Engineer and lived in the United States and Brazil. In 2011 she moved to St. Petersburg, where she began practicing art. She graduated from the School of the Young Artists, a joint program of St Petersburg PRO ARTE Foundation and the North-Western Branch of NCCA, and successively she attended the St. Petersburg Art College following the course of Traditional Painting.

As a young artist, Natalia is often working with different medias, looking for new meanings and languages but usually ranging from videos, installations, paintings to social project. She is interested in the detestability of art, focusing on the issue of memory, and on the reflection of the traumatic event of conflicts and usually she combines a non-art analytical method with traditional art practice.

She took part to several group shows in Russia and around Europe, as in the recent exhibition Deep inside at the Moscow International Biennale for Young Art (2016); 900 and another 25,000 days at the Kunstverein of Hamburg (2015); Warning! at the multimedia art festival of Lvov, Ukraine (2015), War Museum at MMSI in Moscow (2015), Play, for the public art festival Art Prospect in Saint Petersburg (2014).

She participated to the B#Side War Festival Vol II (2015-2016 edition) presenting some photos from her project No words|no war at the exhibition What we left behind in Russia.