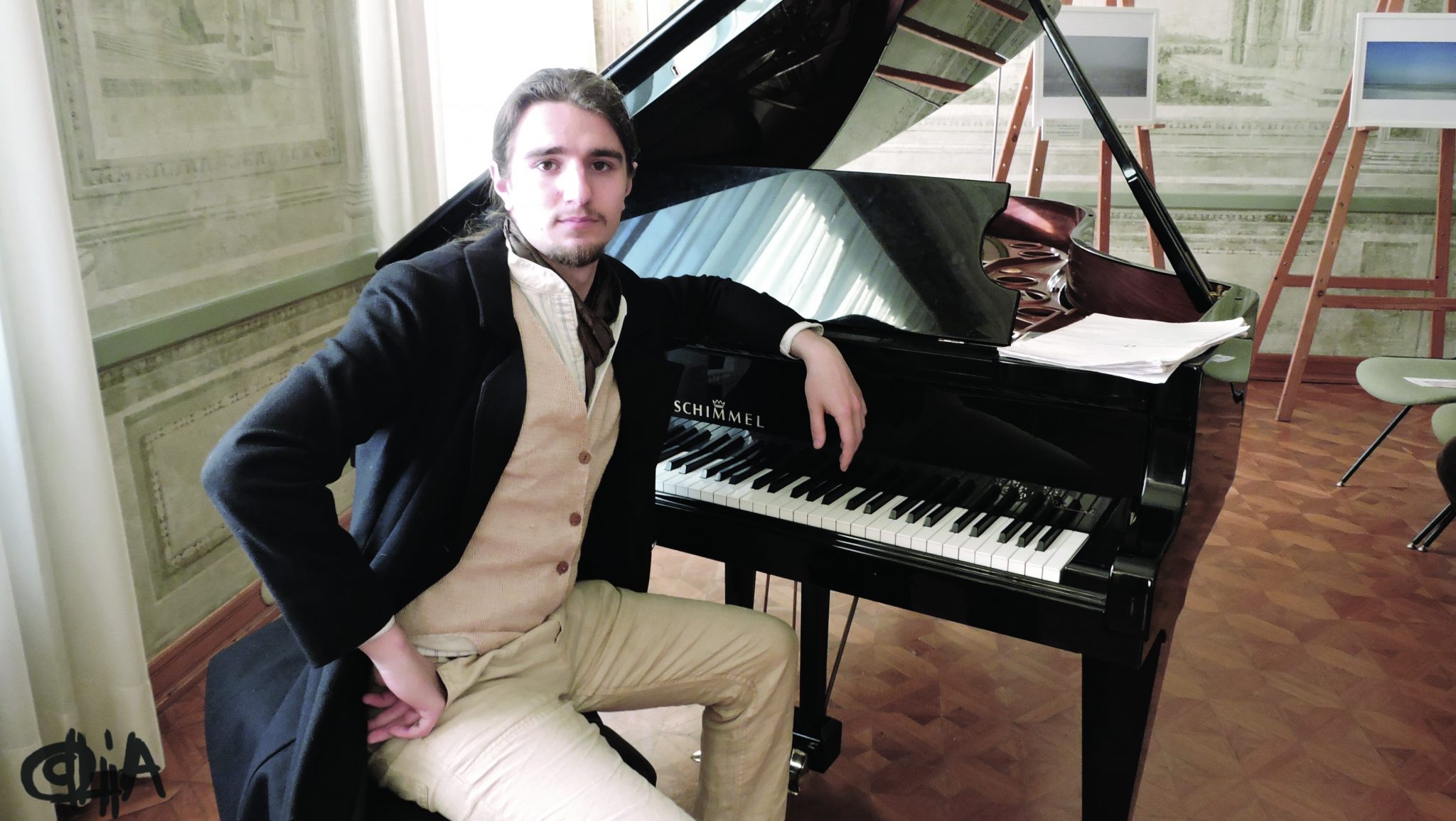 Luca Natali Stradivari is an Italian poet, enfant prodige of classical music, instrumentalist and composer, currently based between UK and Italy.

Luca is the last descendent of the famous Cremonese violin-maker Antonio Stradivari, that increased the renown of violin art of Cremona and has been recognized by UNESCO.

Since he was thirteen years old he learnt to play the violin under the guidance of Giuseppe Rozzi – teacher of the international school of violin-making Antonio Stradivari in Cremona – and in 2012 he studied Music Composition with Fausto Caporali, teacher at Torino’s Conservatory. After completing his high school studies in Cremona he moved to UK where he could totally dedicate himself to music and earned a BA in Music from University of Nottingham.

In Piran, Slovenija, in occasion of the opening of the exhibition Sine Linea, part of B#Side War Festival’s program (2015-2016 edition) he performed with the piano his composition Il Re è Morto, based on the theme of the Great World War.

I Consider anti-rhetoric and honesty as my principles when I compose. Approach to an issue, to an event, to a landscape with a completely personal vision that will reach the essence of it without any academical superfluous element.

Let’s take for example my concert, Il Re è Morto, based on First World War. I didn’t write a sad music for a tragical event, but I have tried to focus on not deepened and unexplored issues as the madness and the absurd, trying to include philosophical and metaphiscal themes into the composition but avoiding to create something boring, expected, commercial or too much intellectual as often many artist are oriented to do nowadays.