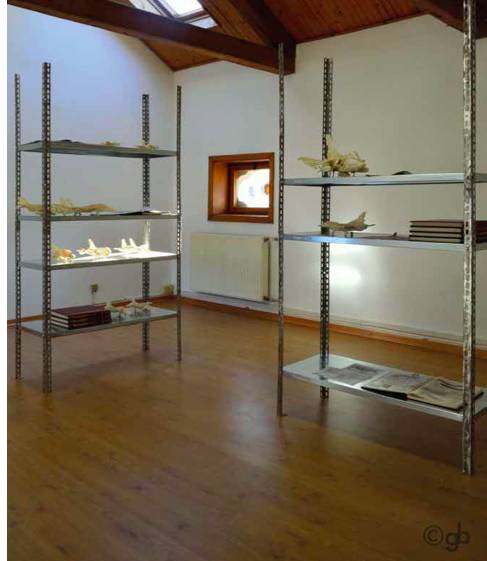 Fabio Roncato (born in Rimini in 1982) is a visual artist that currently lives and works between Padova and Venice.

He graduated from the course of Painting at Brera Academy of Fine Arts in Milan and after a brief period in Berlin he came back to Venice where he got selected among the artists of Atelier Fondazione Bevilacqua la Masa. He held several exhibitions in Venice and around Italy, among the others the recent L’astronauta Caduto at AplusA Gallery in Venice (2016), Altri Animali located in five different spaces around Milan (2016) and The Waiting at TRA in Treviso (2015).

His artworks are mainly sculptures, installations and sound audios that reflect on the idea of territory constantly in transformation. Often starting from elements that regard himself, and his own experience and perception, he focuses on understanding the principles and mechanism of society, people and things in general, trying to find alternatives.

He participated to the B#Side War Festival in its first edition (2014-2015) for the exhibition Esperienza e Povertà della Guerra at Villa Manin in Codroipo where he presented his project 56 miliardi di animali.