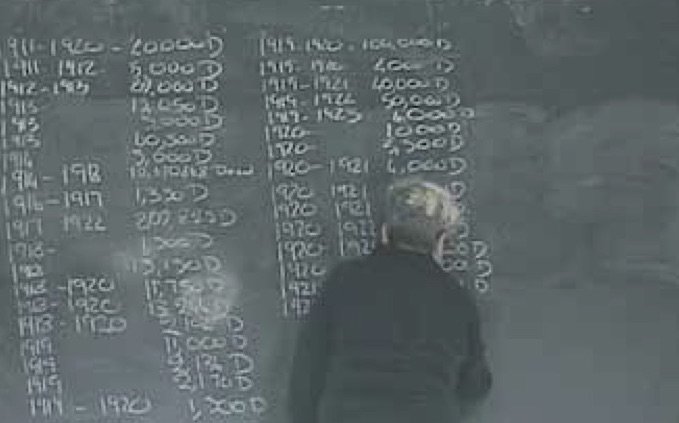 Anne O’Callaghan is an artist and curator (born in Dublin). In 1968 she migrated to Toronto, Canada and she completed her honors BFA at York University.

Depending on the topics, O’Callaghan’s work embraces diverse mediums including sculpture, installation, photography, and video. She is interested in the intersection of art and politics, investigating current concerns, social and political and her work reflects her own observation and awareness. Moreover her practice have seen other two constant themes running through all her work: one is the issue of memory, the second is about the human intersection with nature.

She has been a practicing as an artist since the 80’s, founding her artworks showcased on an international basis in many solo, two person and collective shows all around the word.

In 2016 she participated to the Video Art Nights Female Video Artists and The War Contemporary Legacies Of The ‘900 Wars And The Role Of Women In Preserving The Common Memory in Venice at Zattere Cultural Flow Zone in occasion of the B#Side War vol II (2015/2016 edition). Her video Erasure was an ongoing project already presented in 2014 at The Toronto Art Video for Whteout The Iris Group and in 2015 at the International School Gallery of Cairo.

I have been a practicing artist exhibiting consistently since the 80’s in; solo, two person and group exhibitions. From 1997 to the present I have acted as co-curator and co-coordinator for an outdoor exhibition site The Tree Museum, Ontario, Canada. My artist practice incorporates a wide range of media, including photo-based work, installation works, sculptures, artist books and text-based works. Certain elements, i.e. the intersection between man and nature, constantly appear in my works, forming new configurations and arranging the space differently. I am interested in the inter- section of art and politics, politics as the air we breathe, and can we as artists effect change. Over the past 30 years my practice has focused on politics, memory and how we intersect with nature. These 3 elements are constant themes running through all my work. It is my intent that my manipulated photographic images and installations work like a catalyst: a reservoir of possible meanings that can unravel many discursive journeys. We are at a critical point in our histories where our myths and narratives co-mingle with global concerns where tensions between landscape and cul- ture, space and enclosure, rural and urban blur.