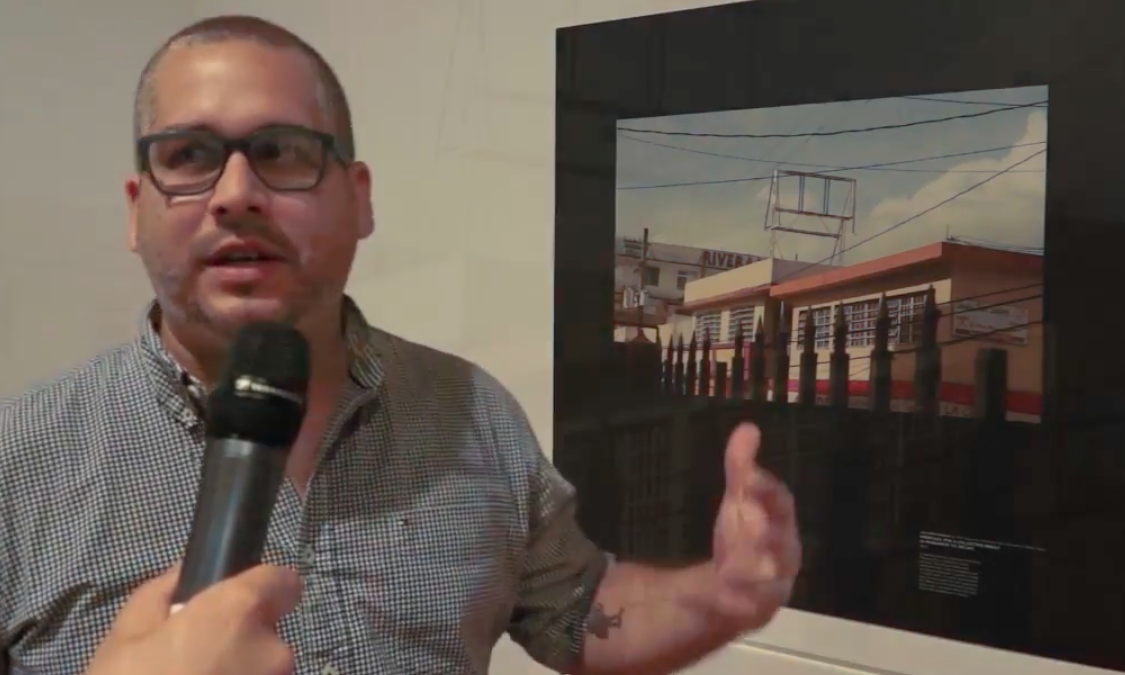 Juan Alberto Negroni (born in Puerto Rico in 1979) is a painter, printmaker, installation artist and curator.

Juan Alberto helds a BA in Fine Arts from theEscuela de Artes Plasticas in San Juan, Puerto Rico and an MA in Art History Education and Museology from Caribbean University in Bayamón, PR.

Juan has held three solo shows in San Juan, PR:The Defect Effect (2005) at Galerías Dilán; If it weren’t for my horse (2008) at ARWI Art Foundation; and Not About Beauty (Religion, Politics and other failures) at San Juan School of Interior Design.

He took part to B#Side War Festival Vol II (2015/2016 edition): he exhibited and presented his work and vision between Puerto Rico and United states in occasion of Kinds of Monuments, at Zattere Cultural Flow Zone, in Venice (2016) presenting his recent project Proposal for a Collective Insult that deals with abandonment in the metropolis and its urban landscape as the consequence of government and citizens that both put the blame on the other producing a status quo situation where the only thing that progresses is decay.

His work is represented by Peripheral Vision Gallery and it is part of public and private art collections in Puerto Rico, United Kingdom, Argentina, United States, Canada, Australia and Greece.

He currently lives and works in Dallas, TX.