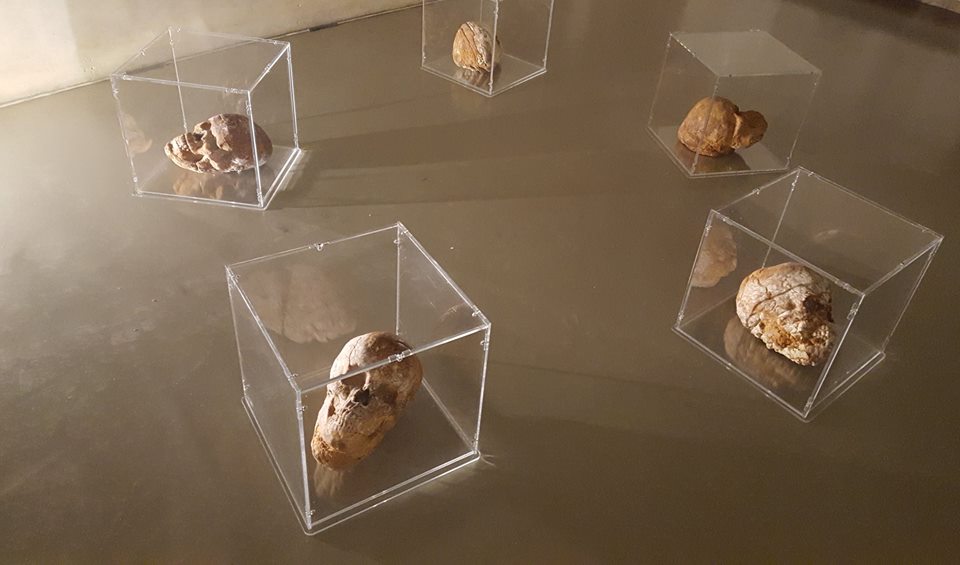 Cosima Montavoci (born in Venice) is a visual artist who currently lives and works in Amsterdam.

She has worked with glass in Murano from 2005 to 2008. During this experience she created glass beads with Davide Penso, Muranero, Anfora ana Centro Culturale Spiazzi. After this experience she attended and graduated from the Gerrit Rietveld Academy in Amsterdam.

In several works the issue of death and mortality occurs; this is a topic she deeply examined also in her graduation thesis research Death keeps me awake which is on the relationship between mortality and immortality in Tomb sculptures, and how in history immortality is always something man-made whether mortality is something God-made. In her artworks she uses various media such as sculptural installations, etching, and documentation of performances and approaches this issue of death and mortality in an ironic way and in a playful aesthetic, creating a mixture sense of absurdity, tragic, humor, chaos and calmness.

She took part at the exhibitions Tomb Sculpture at the Gerrit Rietveld Academie for her graduation show in Amsterdam (2015), Andata e Ritorno 2.0 at Ex Herion in Venice (2015), Vanitas at the Oude Kerk in Amsterdam (2014), The Fall of the Knight at the Vishal in Haarlem (2013).

Cosima firmly believes that humor and non-sense play a key role in acceptance, she makes fun of serious topics and takes small things very seriously. Sense and absurdity, tragic and humour, chaos and calmness, authenticity and fiction find in her work a common dimension where to coexist.

Cosima is not afraid to talk about unpleasant themes such as death and mortality, somebody has to do it. Some of the artists that inspire her work are Joseph Beuys, Piero Manzoni, Medardo Rosso, Mike Kelley and Andrea Pazienza.

Cosima prefers to speak with her hands and needs to get them dirty in the material to feel it better. Lately her tools are sculptural installations, etching, and documentation of performances.

Cosima wants her audience to feel her work physically and her work to become a whole with/invade the space. She believes no middle-age people. Real feedback only comes from the genuine reaction of elders and children.