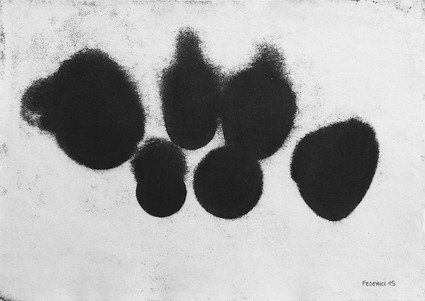 Luca Federici (Budrio, 1960) lives in Argenta, Ferrara. Since he was a child he was interested in drawing and in pictorial and plastic techniques.
He studied at the Art Academy in Bologna, going in-depth in particular in Pictorial Decoration, also in his following studies at the famous Accademia di Belle Arti.
In his studies, he learnt different techniques and above all photography, engraving and serigraphy: serigraphy was the subject of his final thesis that analyzes Andy Warhol’s work.
After a long period of stop, he returned to express himself with a new mature and original style.
The main source of his work is the same that has characterized the first human’s expressions in art, such as the rock paintings of the Paleolithic: its function is not aesthetic or decorative, but a propitiatory one.