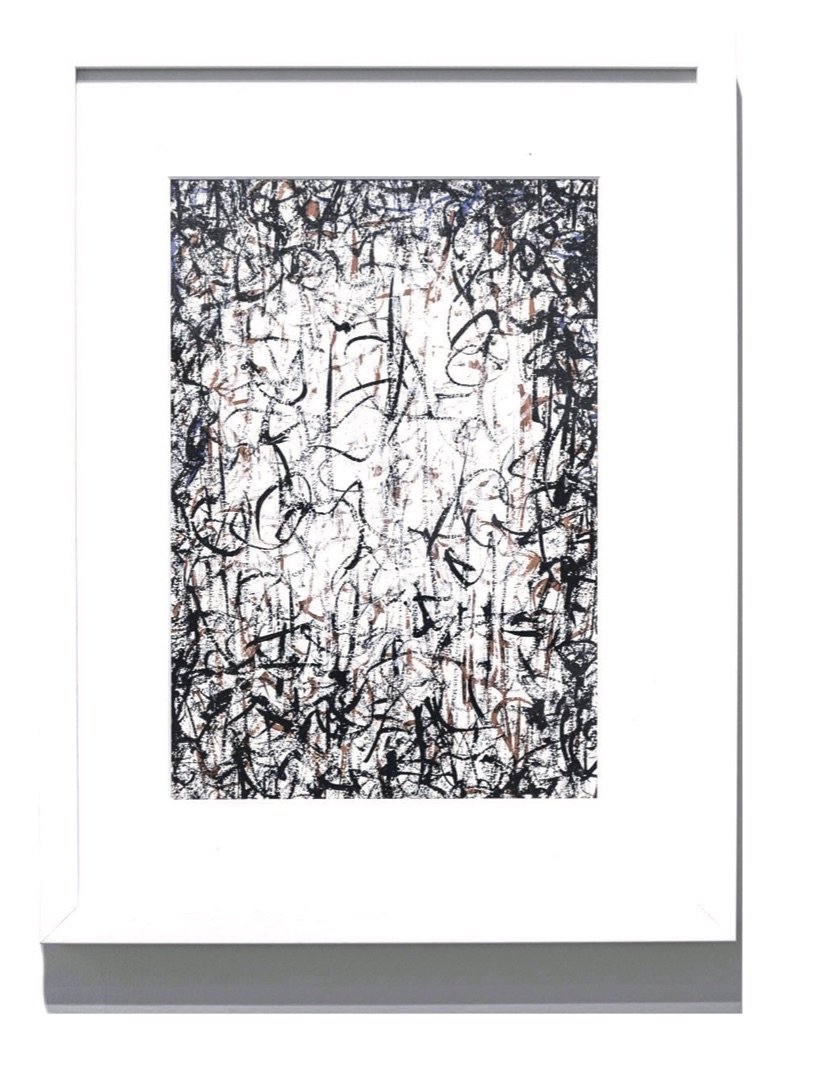 Andrew Cole is a British artist currently living and working in Shanghai, but has previously lived in Oman, Thailand and South Africa.
His work is generally abstract in nature. He is drawn to the compositional ‘purity’ of Minimalism, the surfaces and handling of the Expressionists and the Abstract Expressionists, as well as the primacy of the idea for the conceptual artists.His overarching theme is humanity, but he tends to focus on humans and human action as an absence rather than a presence, through traces left behind on ruined and damaged forms, rather than the human form itself. He explores the impact and processes of human thinking, either as an abstract conceptual space or through the lens of history, politics, philosophy, literature and so on as represented by marks on textured surfaces designed to evoke landscape, either natural or constructed.
“Adorno said, in a different context, that writing poetry after Auschwitz was barbaric, and I have similar conflicted feelings regarding the portrayal of the bombs that dropped on Hiroshima and Nagasaki. While there are some evocative images related to the event (such as the lighting, cloud and shadows, as well as the Hiroshima monument itself and the melted watches), it is one of those events in human history that I feel is too massive, too horrific for straightforward a figurative representation. The piece “Calligraphic study (A black Rain Over Hiroshima)”is an attempt at capturing the flash of light, as well as the idea of the shadow of death raining down from the skies I used a fractured calligraphic style brushstroke, not only to link to Asian art traditions, but also to convey a sense of movement and explosive energy at the moment of detonation, as well as just after the fact. The varying density of the strokes, with a greater concentration near the top of the piece, links to the idea of something falling, or raining down, from above, while the increasingly emptied out spaces in the centre of the composition are meant to evoke the both the flash of light and the eradication of certainties that followed in the wake of the bombs being used.”
Andrew Cole
2972486-JCUDTWRX-7An elegy in wood and black_Andrew Cole, 2017
2972460-MFQMHRMT-7composition after entropy_by Andrew Cole, 2017
2972454-MMHRZOGS-7An arrangement of shadows an light_by Andre Cole, 2017
2972482-PGOVYRFA-7Repeated Abstract_by Andrew Cole, 2017
DRAFT CATALOGO AFTER HIROSHIMA (trascinato)A dark rain over Hiroshima_by Andrew Cole
Treviso evento-12A dark rain over Hiroshima_by Andrew Cole
Treviso evento-7A dark rain over Hiroshima_by Andrew Cole
2022-05-07_Supporti-web_1080x1920