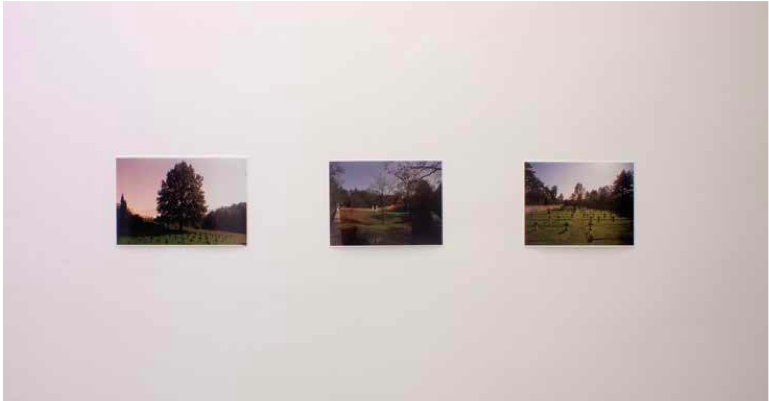 Primož Bizjak (born in 1976 in Šempeter pri Gorici, Slovenia) is a Slovenian photographer that currently lives and works in Madrid where he moved after his Degree in Painting at the Academy of Fine Arts of Venice.

Using old analogical cameras, nocturnal photography and colours hidden in the night: these are Primož’s prime interests. In his practice the attention to the place, to the framing and to the details, are focal points; he aims to create accurate compositions, taking the right time for each photo, meditating on every detail.

His photographs usually explore the history of places, attracted by the borders, the empty architectures and the symbolic landmarks, describing the cities from his peculiar own perspective and original point of view.

His work has been featured in numerous group exhibitions in countries including Italy – where he participated to the 53rd and 54th Art Biennale of Venice, Spain, Slovenia and other countries around the world, in solo shows as the recent Mudanzas y reflejos, at Tasman Projects in Madrid (2016) Primož Bizjak: The Sava, The Danube, and the Drina, at the Museum of Contemporary Art Metelkova in Ljubljana (2015), Dos miradas sobre Venezia, at Istituto Italiano de Cultura de Madrid in Venice (2013), Second chance – Elbasan, at Torre di Porta Nuova at the Arsenal of Venice (2012), and in particular he hold many shows and participated to numerous fairs, such as the recent Artissima in Turin, ARCO in Madrid, with Galerija Gregor Podnar in Berlin, the gallery that represent him.

He participated to the B#Side War Festival in its first edition (2014-2015) for the exhibition Esperienza e Povertà della Guerra at Villa Manin in Codroipo, where he presented some pictures from the serie War Cemeteries.